The founder of Carlsberg

Jacob Christian Jacobsen was born in Copenhagen, Denmark, in 1811.

As a boy, J.C. watched attentively as his father persistently and inventively sought to brew better beer.

As soon as J.C. finished his schooling, he became a brewing apprentice to his father and learnt his craft from the bottom up.

In 1835, when J.C.'s father died, J.C. inherited his brewery located in Brolæggerstræde in inner Copenhagen. With this, J.C. became an independent brewer in his early twenties.

At the beginning of the 1800s, Copenhageners preferred top-fermented “white” beer, but J.C. Jacobsen regarded bottom-fermented Bavarian lager beer as a more refined product and decided to focus on that.

He had first tasted this beer in a wine shop in Copenhagen, and after making a stagecoach journey in 1845 to the Zum Spaten brewery in Munich to obtain yeast, he was ready to start up his own production.

It was a success. People loved it, and he himself was quite satisfied. But he wanted to make the beer even better and was short on capacity. He only had a small cellar and was unable to keep up with the growing demand.

Two years later, he therefore opened a much larger brewery on Valby Hill outside Copenhagen. With that, Carlsberg is born. 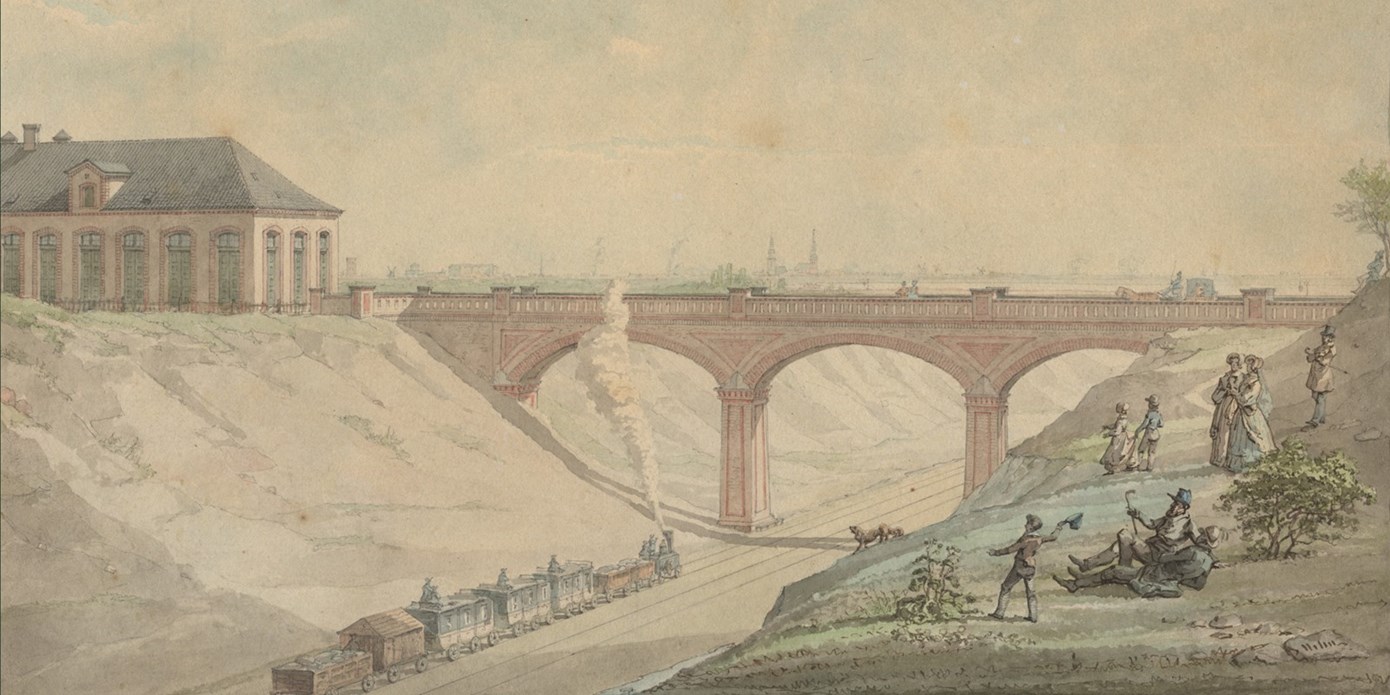 J.C. Jacobsen named his brewery by combining the name of his five-year-old son, "Carl", with the Danish word "bjerg", a tounge-in-cheek reference to where it all started, the Valby Hill in Copenhagen.

A man of the future

Carlsberg’s founder, J.C. Jacobsen, is often referred to as “a man of his time”.

That is true because J.C. Jacobsen was deeply involved in society and the world around him: as a quality-conscious brewer; as an enterprising business leader; and as a politically, scientifically and culturally engaged and active citizen in a Denmark, a Europe and a world in constant flux.

However, J.C. Jacobsen was also a man of the future.

The brewer from Copenhagen not only embraced change; he actually helped create it by being visionary, challenging, open and magnanimous, and by always pursuing perfection regardless of what he was doing.

Among other things, he founded the Carlsberg Foundation and, at the same time, donated his life's work - Carlsberg Brewery - to it.

He wanted to make his wealth available to society. And he wanted to ensure that the Carlsberg brewery would never focus solely on business today, but also give thought to the future.

More than 200 years after his birth, J.C. Jacobsen's legacy is also the Carlsberg Foundation’s and the Carlsberg Group’s beacon and benchmark.

Our purpose of 'Brewing for a Better Today & Tomorrow' is continuing what J.C. Jacobsen started.