The Honorary Residence of J.C. Jacobsen's

In 1846, J.C. Jacobsen purchased a large, well-situated plot of land on Valby Hill, west of the centre of Copenhagen. In 1847, he established his brewery Carlsberg on the site.

In the years that followed, he built a large house and laid out a fantastic garden for himself and his family – right in the middle of the brewery facility. The decoration of the house was inspired by antiquity, and the whole complex of buildings and garden came into being in the period from 1847 to 1878.

Throughout his life, J.C. Jacobsen expanded and embellished the main building, the two conservatories and the garden, forming them into an integrated whole that today represents an outstanding monument to nineteenth-century architecture and landscape gardening.

In 1882, J.C. Jacobsen bequeathed the Carlsberg Brewery to science and, at the same time, decided that once he and his immediate family were no longer alive, the family’s private villa should become the Carlsberg Academy and serve as both a scientific academy and an honorary residence.

In keeping with J.C. Jacobsen’s will, the property duly served as an honorary residence from 1914 to 1995, which duly housed eminent scientists including Danish atomic physicist Niels Bohr. Hereafter, the Brewer’s home became the Carlsberg Academy.

The garden, which is home to 57 different rare and very old conifer and deciduous trees that J.C. Jacobsen brought back from his many European travels can today be admired by the public. 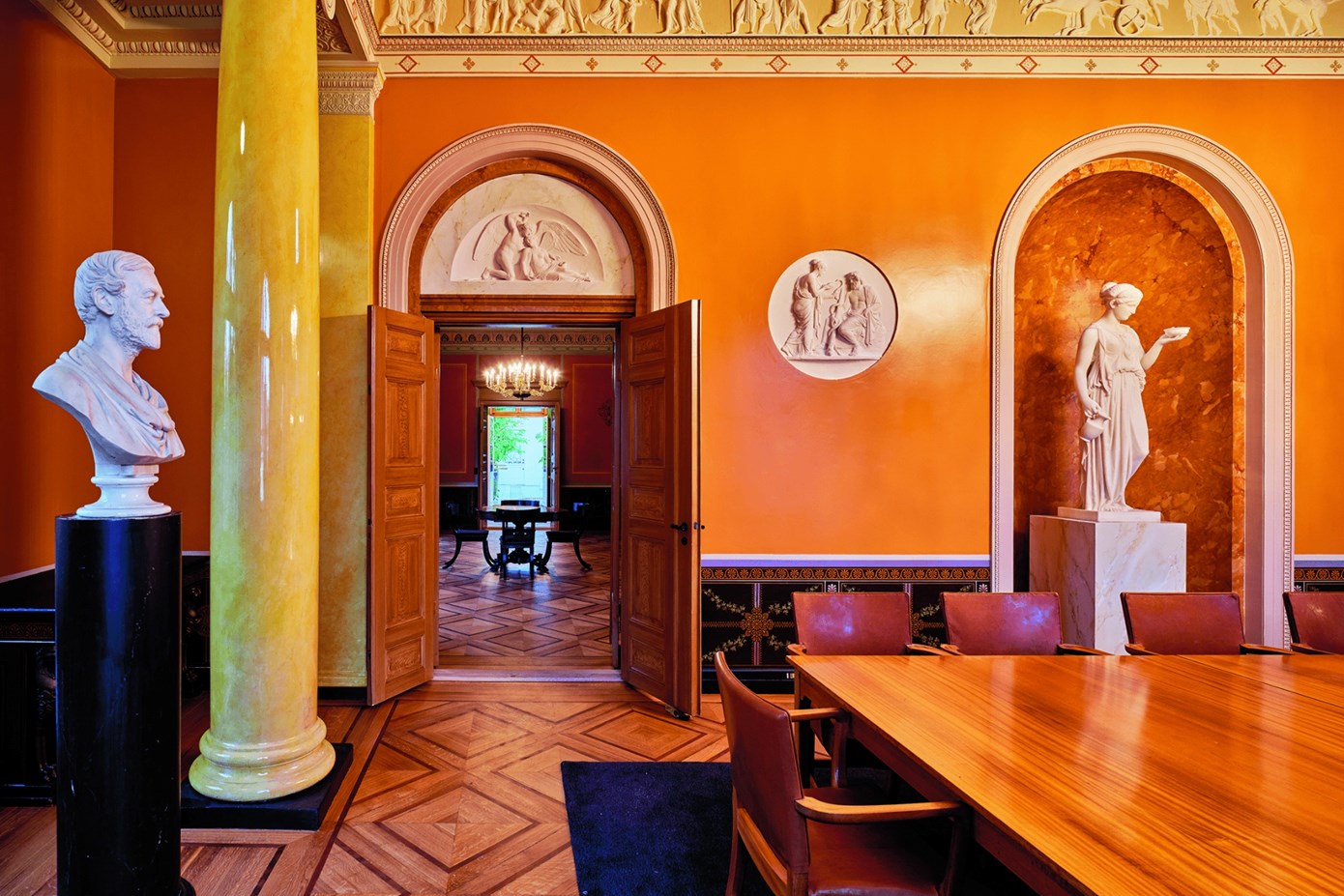 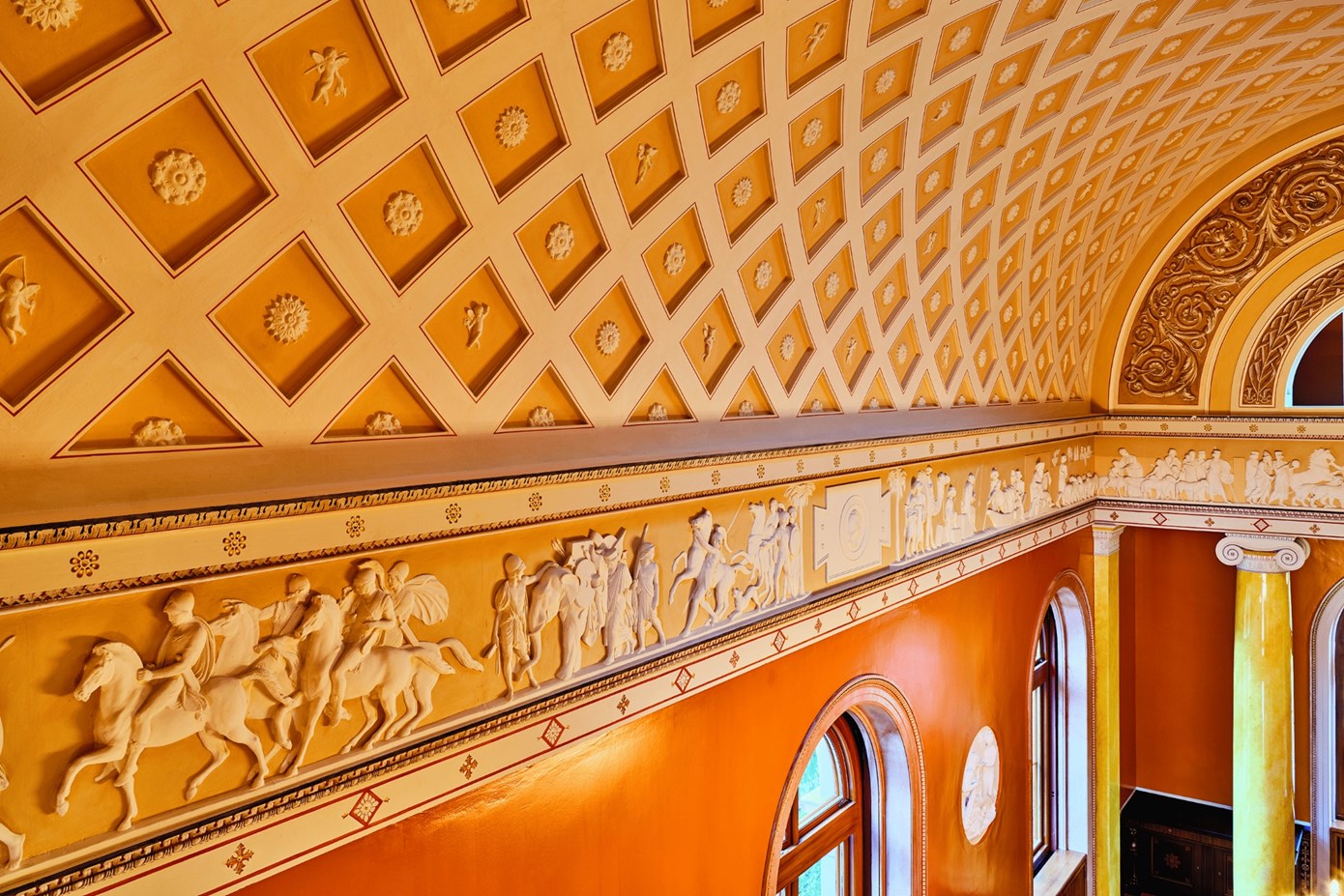 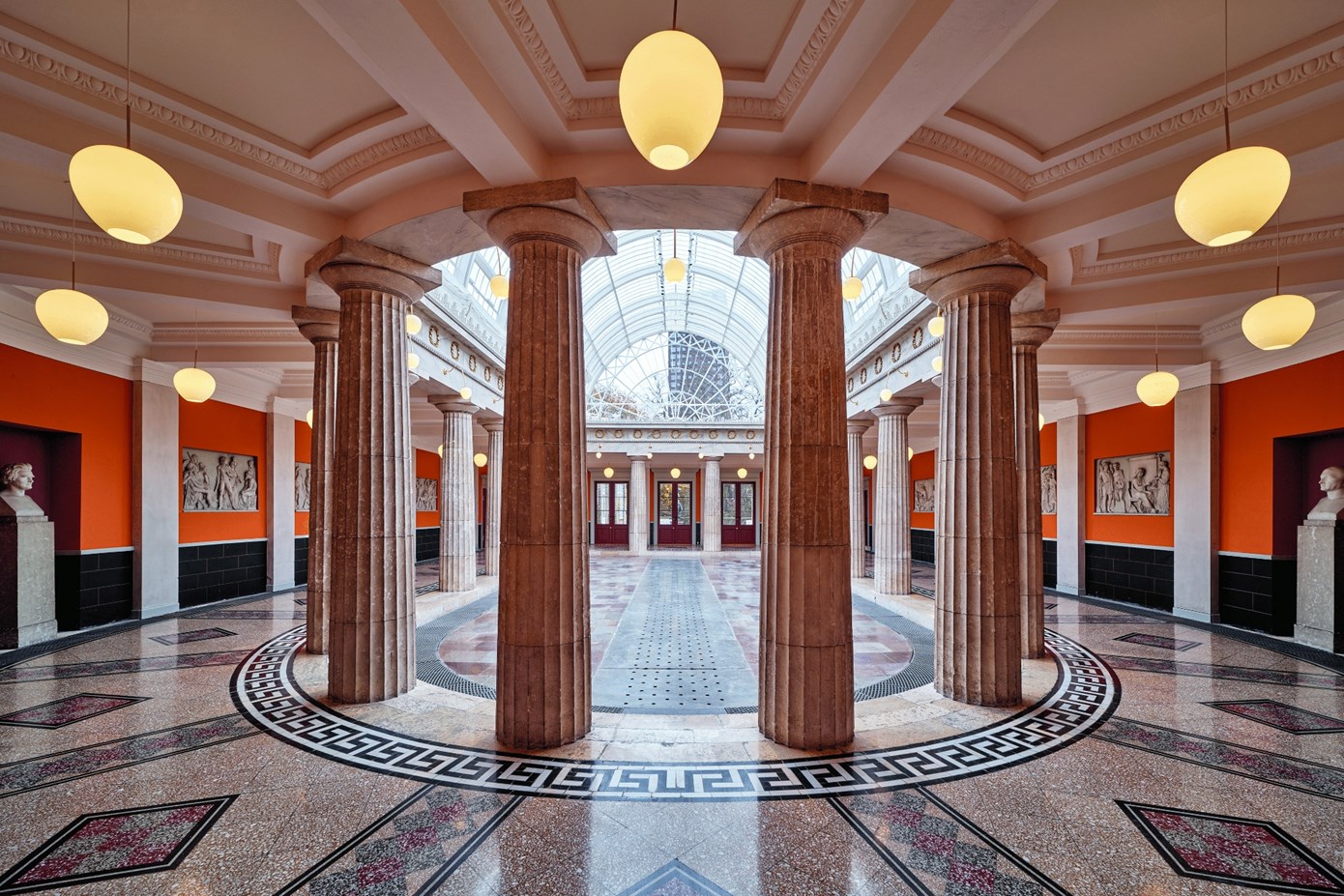 In keeping with will and values

In summer 2019, the Carlsberg Foundation initiated extensive restoration work on the old buildings on the plot of land, which, in addition to the Italianate-Classical main building, include the Winter Garden, the Pompeii Hall, a terrace and the magnificent gardens.

The aim of the work was to return the Carlsberg Academy to something approaching its original aesthetic look, and to futureproof the buildings. From floor to ceiling, inside and out, the villa, conservatory and garden now once again look like they did when they were home to J.C. and Laura Jacobsen.

J.C. Jacobsen buys a plot of land outside Copenhagen, where he later builds his brewery and personal villa.

J.C. Jacobsen bequeathed that the villa should serve as an honorary residence after his dead.

The Carlsberg Foundation initiated extensive restoration work on the old buildings with the aim of approaching its original aesthetic look.

J.C. Jacobsen, the founder of Carlsberg