​​​​Global Beer Responsibility Day ​(GBRD) is a worldwide initiative to promote the responsible enjoyment of beer.

In Carlsberg Kazakhstan, an art contest was launched encouraging Kazakhstani artists, designers and illustrators to create an artwork on the topic of responsible drinking.

Baltika’s focus this year was to combat under-age drinking and therefore a Social Media challenge was launched, engaging both Carlsberg employees and external journalists and bloggers. Participants were challenged to share a video in Social Media in which they answered two questions: Firstly, when they tried alcohol for the first time and secondly, how they talk about alcohol with their own children.

Carlsberg Malaysia’s efforts concentrated on responsible drinking and driving, where more than 5,000 free and discounted car rides were offered to consumers. With more partners, rides and initiatives lined up within their #CelebrateResponsibly campaign this year, Carlsberg Malaysia is incentivising consumers to adopt responsible drinking habits simply by choosing to leave their car keys behind or in the hands of a sober driver, such as their new and current e-hailing and chauffeur partners. The campaign’s message is simple – if you drink, don’t drive!

In Carlsberg China, there was a local collaboration with Chongqing traffic police to emphasise the danger of drunk driving. Among other things, simulation glasses were offered to consumers so they could experience the effects of alcohol. 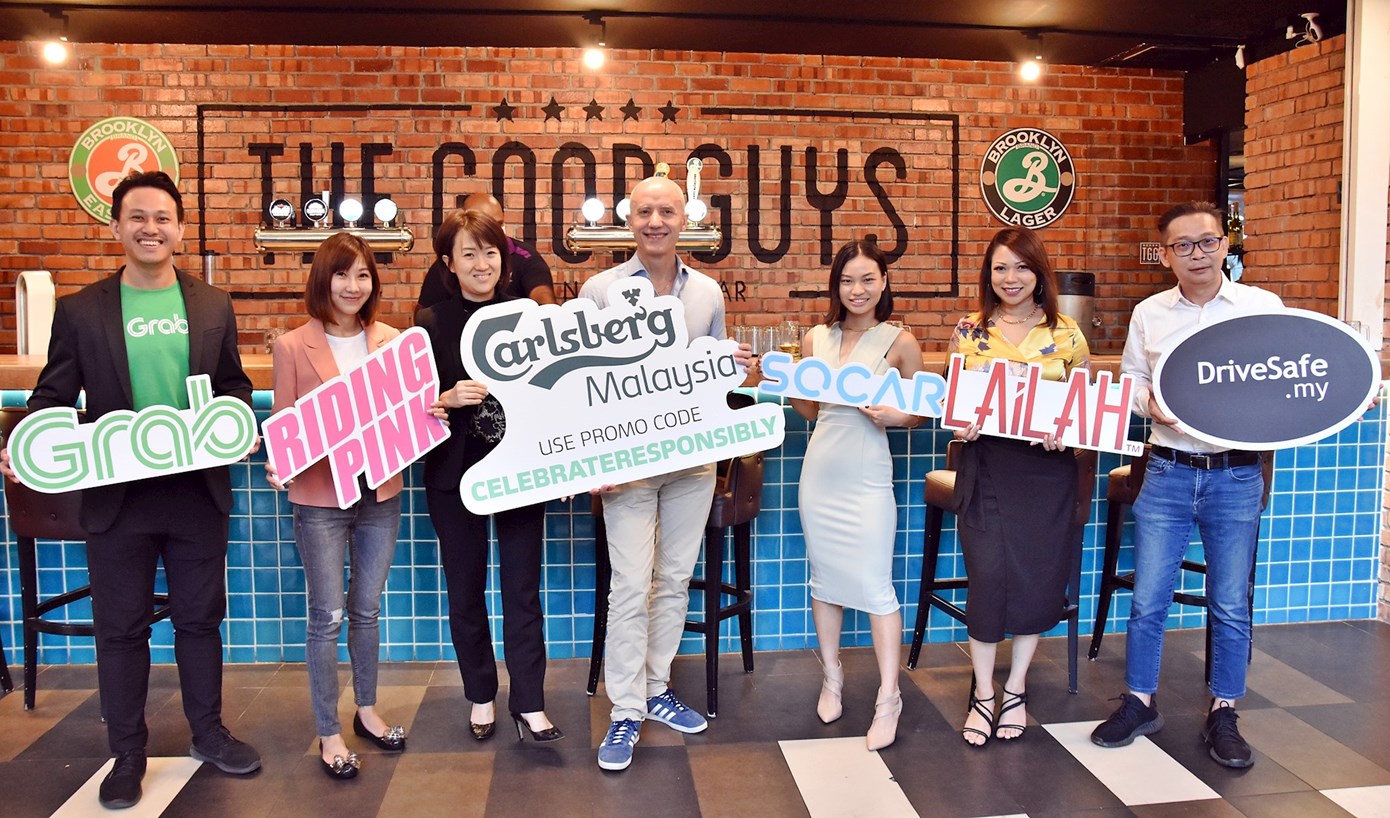 When people go out, they want to enjoy a great beer with friends but sometimes they don’t want to feel the effect of alcohol, especially when they’re driving. At Carlsberg we’re working with partners to ensure that wherever consumers find our beers they can choose alcohol-free brews – even on tap.

Our beers are made for consumption above the legal drinking age, so we're working hard to prevent sales to younger people.